My family are Irish, Scottish and German. As far as I know, there are a lot of them, a long history of people I’ve never met. I especially like to hear about German and Austrian traditions and history because it seems just a bit more exotic and farther away than the Irish and Scottish part of my family history. So, I like the idea of a special Witches’ Night from German traditions.

Walpurgis Night is the English translation of Walpurgisnacht, one of the Dutch and German names for the night of 30 April, so called because it is the eve of the feast day of Saint Walpurga, an 8th-century abbess in Francia. In Germanic folklore Walpurgisnacht, also called Hexennacht (Dutch: heksennacht; literally “Witches’ Night”), is believed to be the night of a witches’ meeting on the Brocken, the highest peak in the Harz Mountains, a range of wooded hills in central Germany between the rivers Weser and Elbe. The first known written occurrence of the English translation “Walpurgis Night” is from the 19th century. 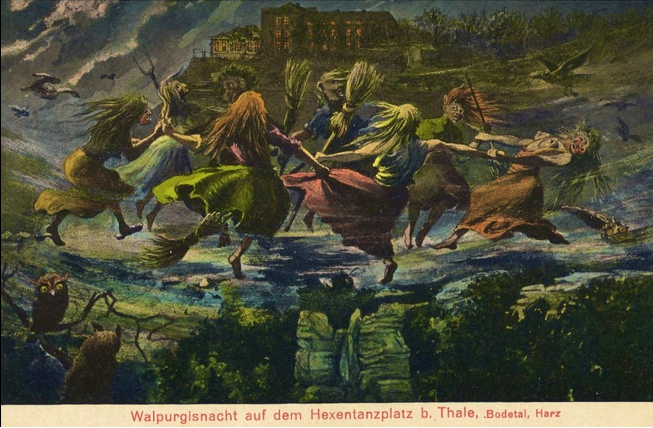 What do you Think About Sea Magick?

Have you Heard of the Witch’s Heart?

How to Create a Wiccan Shrine